The Benefits of a Portable Phone Signal Jammer

The Benefits of a Portable Phone Signal Jammer 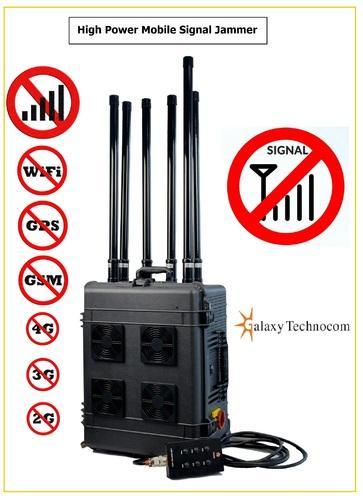 If you are on the lookout for a portable phone signal jammer, you have come to the right place! Whether you’re on the road or in the office, this device will keep your phone signal from reaching others around you. This device is easy to carry around, and it works with 3G, 4G, PCS, DCS, and SDMA. Although it doesn’t work with GPS or Wi-Fi, it does block signals for up to 10 meters. It also has a battery life of about five to ten hours, and it is lightweight at 0.8 kg with a cooling fan.

A portable phone signal jammer can be useful when traveling. It has the ability to interfere with wireless networks and various brands of compatible devices. These jammers have the ability to be configured depending on local conditions. It works by blocking signals between cell phones and nearby base stations. It can also be effective against eavesdropping and illegal spying. Using a portable phone signal jammer is an excellent way to block a variety of signals, from cell phones to eavesdropping on other people’s conversations.

If you have a business, you need to be aware of the legality of a cell phone signal jammer. The Federal Communications Commission (FCC) has issued several fines for violations involving cell phone signal jammers, including illegal GPS devices. While these devices may prevent tracking company vehicles, they can also be used to thwart the work of employees. A recent case involving a New Jersey business and a $32,000 fine is an example of the risks involved.

In many countries, illegal cell phone signal jammers can interfere with public utilities, such as 911 calls and air-traffic control. These devices are illegal to possess, operate, or supply. However, they are legal in jails in New Zealand and the UK. In some cases, a user may be charged with an offense and face prison time. A legal professional can help you avoid legal complications, so always be sure to read the law before putting your cell phone signal jammer to use.

Many people believe that jamming a cellphone signal is not a crime. However, the FCC has banned the use of cellphone signal jammers, which create a larger interference zone than they are intended for. Jammers have been used to disrupt phone calls, which could result in a blocked 911 call from a neighbor. While some people support the use of jammers, others believe that the devices could actually cause harm.

The simplest cell phone signal jammer is the faraday cage, which is easily produced and can be passively installed. A cell phone signal jammer can block incoming calls, prevent calls from reaching other devices, or simply jam a particular frequency. Some jammers can also be used to block outgoing calls, causing your phone to go into standby mode. These devices are becoming increasingly popular in the UK prison system.